Found this edited video I must have been working on until too exhausted to think straight and then promptly forgot about... so after a year or so "break" from it I rediscovered it and must say, it's not bad! Need to fix the audio at the end there with the SGL sound bleeding in but still not a bad piece of work if I may say so myself. There's room for improvement but hey there's also room for new shows to be recorded so... C'est la vie! Cheers ~

Credits: clips are from Club Heaven filmed by Stan Blacker, crap if I can't remember who filmed the set at Starving Artists on Parade but I'll come back to it.. and Just Sage with his GoPro at Volunteer Park (I was reciting Shakespeare with a very bard-like/caliban accent aka slaughtering it), and Super Geel League show at King Cat Theater. 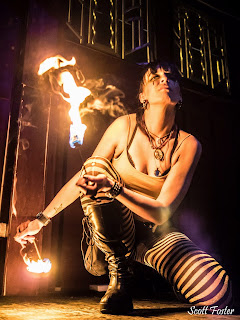 Light your heart on Fire!