GOAL: win more awards! for acting in film! or just act in film!

Be nominated for a Stranger Genius Award in Performing Arts! 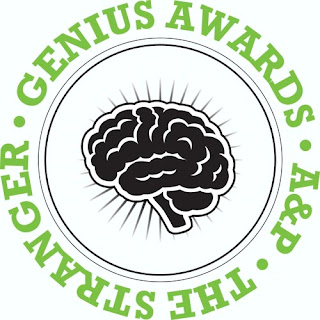 Master a minute or so monologue for film auditions.

This is a whole lot easier said than done! The thing I don't get, especially being the older and wiser I get the more intensely method I insist on approaching it.. is "who the fuck are you talking to?" when delivering a monologue for a hypothetical film? It seems the easiest option is to select a character that is crazy so it just doesn't matter but, also being method, and crazy, this is just too easy for me therefore I am strongly avoiding it since the overarcing goal is to convince these people that I'm not crazy or am only crazy enough to be able to convince people I am a character but otherwise am quite sane and competent enough to work with. So considering that I recently was asked to come audition for a very plain, mundane, female supporting role (girlfriend of the grandson of the woman with the title role or who the movie is about..) I needed to learn how to tone my naturally quirky and extremely flamboyeunt, annimated as fuck, self down a lot or well exponentially for close ups in film!! I chose a only ever so slightly rebelious kinda comedy monologue with the punchline being "Men Having Babies" by D.M. Larson. The subscripting states at the beginning she "jumps up and speaks with power and conviction". First of all you don't want me to jump EVER on a close up or semi close up or even just moderately framed with good head space (camera op terms because yes, I have been paid to operate one once.. if you don't speak just ignore) because I will jump clear out of frame and focus or otherwise fuck something up with my overly melodramatic theatre cheerleading, mime, clowngirl, gothgirl, goofy manuevers AND always in an audition for film you are either asked to sit in a chair (which means stay there!) or stand on the X (gaff tape) for the purpose of the camera man also being able to watch you in the flesh or with his real eyes (suddenly reality doesn't make sense with the hypothetical hypothetical ADHD.. am I making sense?) and know that you won't go out of focus or off frame. We are scratching that bit. Next is "why?" or "wtf am I talking about this?"?! I need a scenario where someone asked me a question and is now giving me the space to talk to myself (out loud instead of blogging lol..)

Guess I'll have to go with the easiest and most obvious and ignore my inner gremlin that says that the talk show host would be dying to interject because no, a talk show host is required to be a good comedic monologue deliverer and therefore he would know to wait for the punchline! Ah.. space given, how nice of him (I'm seeing the guy from the Man Show who's name I'm blanking on because I have a really hard time connecting faces with words because people deliver so much more character than these words called names could ever convey especially when they are overused as all hell so the words themselves are associated with several different personalities causing the first one to come to mind is the most recent or frequent as in my case it's Jimmy, my former next door neighbor). Thank you, Jimmy Kimmel. Now to memorize it. Peace ~ 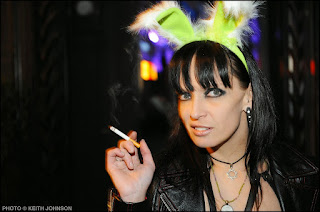 Asraiya the Actor
(or in this picture playboy bunny smoking fetish model at last years BunnyCon After Party which she was the Promoter of at Resurrection Sundays at the Baltic Room and got to attend this year's award show as the guest of BunnyCon organizer, David Sinclair... fyi ftw knk) taken by Keith Johnson

PS. I sadly will not meet my long term goal by completing this short term one.. dammit all to hell! Next? J/k..... heheh

In other news though my resume DID receive one of those little award graphic things you see on films that made it into a film festival.. as Resurrection Sundays, which I promoted for a year, won reoccuring "Theme Event of the Year" or "regular club night" or something to that effect and my graphic isn't available yet but I will be looking for it eventually here DList Magazine 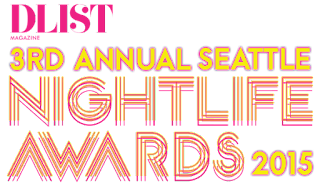